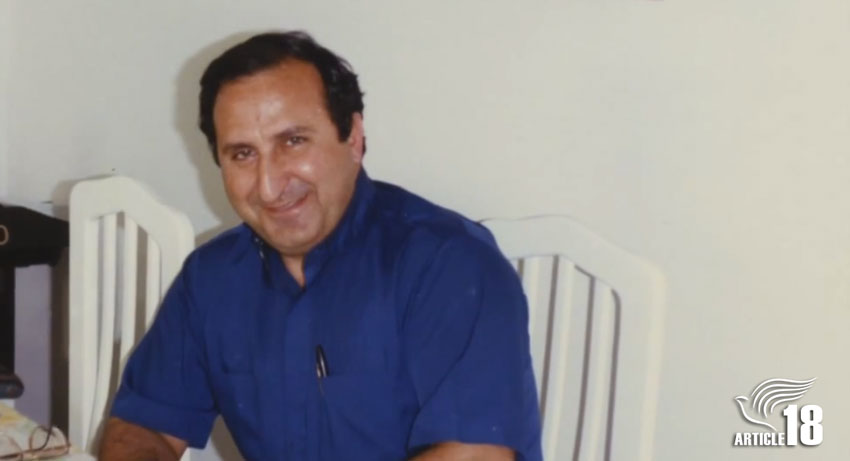 His family were notified of his death 11 days later, on 30 January. He was found with multiple stab wounds to his chest.

Haik’s forced disappearance came just three days after the release from prison of his friend and fellow pastor, Mehdi Dibaj, who had been sentenced to death for apostasy and spent nearly a decade behind bars.

Haik had been one of the main campaigners for his release.

Haik left a wife, Takoosh, and four surviving children, Rebecca, Joseph, Gilbert and Andre (the couple’s first child died in a car accident in 1969 at the age of just six months), who left Iran five years after his murder and resettled in California.

Haik’s wife and children have continued to support the Church in Iran through the charity they founded in 2007, Hovsepian Ministries.

Reflecting on the anniversary of her husband’s murder, Takoosh told Article18:

“Twenty-five years have passed since Haik’s martyrdom. I have learnt a lot throughout these years. Although losing a loving and caring husband has not been easy, I learned to trust God and praise him in all circumstances.

“The fruits of Haik’s martyrdom, his legacy and the testimonies that I still hear from Iranians – of how their life was impacted by Haik’s sacrifice – give me comfort and strength.”

Haik was a fierce campaigner for religious freedom in Iran.

A year before his murder, he told the UN’s special rapporteur on human rights in Iran that he wanted to see “true religious freedom” in his country, based “not on ethnic or religious identity but personal conviction”.

Haik also refused to ban Christian converts from church, or to sign a statement declaring that Christians in Iran enjoyed religious freedom.