Iranian authorities heavily suppress the right to freedom of religion or belief. Iranian Christians continue to face arbitrary arrest and detention, grossly unfair trials and lengthy imprisonment. Lack of due process, unfair trials, widespread torture and other ill-treatment of prisoners has been widely reported. Officially recognised churches are subjected to increasingly restrictive controls and effectively banned from using the Persian language in their activities. The authorities continue to raid "house churches" and publicly vilify evangelical Christians - thereby endorsing brutal security measures against them. Forcible closure of businesses owned by Christians, confiscation of properties, bans on employment in the public sector and denial of access to universities are also among the reported violations of freedom of religion.

Iran’s Constitution establishes Iran as an unalterably Islamic state (Twelver Ja’fari school) and establishes Islamic law as the basis of all legislation. Increasingly a strict interpretation of Shi’a Islam has been imposed by authorities on individuals of all faiths as a code of public conduct.

The Constitution provides religious-minority status to Christians, Jews and Zoroastrians, and states that the human rights of non-Muslims are to be respected as long as they refrain from activities against Islam or the Islamic Republic of Iran. These three recognised religious minorities have parliamentary representation and are entitled to establish and use their own rites in matters of personal status. The principle of non-discrimination is affirmed, and article 23 states that the “investigation of individuals’ beliefs is forbidden”.

Although the Penal Code does not stipulate the death penalty for apostasy (a proposed amendment to the Code to criminalise apostasy was not adopted in the 2013 amendments), Article 167 of the Constitution makes provision for judges to rely on authoritative Islamic sources in matters not covered by the codified law – effectively providing scope for Islamic law sanctions to be applied for apostasy. The only known example of a Christian convert being executed for apostasy was Rev Hossein Soodmand in 1990, though others have received the death sentence only to see it overturned after an international outcry.

Iran ratified the International Covenant on Civil and Political Rights (ICCPR) on 24 June 1975. The ICCPR upholds the right to freedom of religion, including the right to hold a religion of one’s choice and the right to manifest that religion (Article 18). It also upholds the rights of minorities and the principle of non-discrimination. Iran’s ratification of the ICCPR was made without reservation.

Although Iran is party to ICCPR and other international covenants that provide for freedom of religion or belief, several Christians, Bahá'ís, Sufi Dervishes and Sunni Muslims have been killed judicially and extra-judicially, tortured, imprisoned or generally harassed on account of their faith.

Iran’s officially recognised Christian community includes Armenian and Syriac communities, thought to number approximately 300,000 – though some recent unofficial estimates suggest this has dropped very significantly in recent years due to emigration. These communities preserve their own linguistic and cultural traditions. The other main category of Christians does not have official status – these are Persian believers from Muslim backgrounds, principally within the Protestant “house church" movement. Their numbers are conservatively estimated to be between 500,000 and 800,000.

Iranian authorities grant some limited freedoms to official churches and they are allowed to conduct their religious services in their own ethnic language but are forbidden from offering services to people of other backgrounds in Persian, Iran’s national language. Recognised churches include Armenian Apostolic, Russian Orthodox, Syriac Orthodox, Armenian, Chaldean and Roman Catholic, and Anglican, Presbyterian and (until recently) Pentecostal.

Officially recognised churches have been subjected to increasingly restrictive controls since 2009. This has led to the rise of "house churches", where Christian converts of Muslim heritage gather in private homes for worship and Bible study.

Main sources of persecution of Christians in Iran

Since the 1979 revolution, Iran's religious minorities have suffered increasing human rights violations, with the persecution of Muslim converts to Christianity in particular escalating since 2009. This has placed Iran among the top-10 persecutors of Christians since 2011, according to the World Watch List produced by Open Doors International.

Persecution of Christians in Iran comes mostly from the state. Hardliners within the Iranian regime are increasingly concerned about the spread of Christianity, and see evangelical Christians as a threat. Since 2010, political leaders, including Iran's Supreme Leader, have issued warnings about the "house church" movement as a destabilising factor threatening the future of their theocratic state.

In addition to persecution from government sources, Christian converts of Muslim heritage often face strong family and societal pressure. Iranian society as a whole is more tolerant than the state. But conversion from Islam is still seen by some traditional families as a great family disgrace.

A combination of these factors accounts for the high emigration-rate of Christians from Iran, whether from Muslim or indigenous Christian backgrounds.

Freedom of religion or belief

Freedom of religion or belief is systematically violated. This includes arbitrary arrests, lengthy imprisonment, torture and other ill-treatment, forcible closure of businesses owned by members of religious minorities, confiscation of properties, bans on employment in the public sector and denial of access to universities.

Officially recognised churches have been subjected to increasingly restrictive controls since 2009. Churches are effectively banned from using the Persian language in their activities, a restriction enforced through various means. Intelligence forces have asked leaders of these churches to hand over details of their members. Churches have also been asked to end their Friday Persian-speaking services in a clear attempt to reduce attendance since Friday is a weekend day and Sunday is a working day. The largest Persian-speaking church in Tehran was forced to cease its Sunday services in Persian in 2013.

Iranian Christians continue to face arbitrary arrest and detention, grossly unfair trials and lengthy imprisonment. The authorities in most cases charge them with spurious national security offences in connection with the peaceful exercise of their rights to freedom of religion or belief. Lack of due process, unfair trials, widespread torture and other ill-treatment of prisoners has been widely reported.

The authorities continue to crack down heavily on activists in the "house church" movement. Every year many Christians are summoned for interrogation, detained and prosecuted for participating in house-church activities.

The authorities regularly incite hatred and violence, vilifying evangelical Christians as “heretical”, “deviant”, and “parasites”. They have endorsed pervasive discrimination and violence based on religious belief.

The right to change or renounce religious beliefs continues to be violated. Christian converts have received lengthy prison sentences, ranging from 10 to 15 years in several cases.

Christians arrested for their "house church" activities have been arbitrarily dismissed from employment or denied enrolment in universities.

Non-Shi’a Muslims are not allowed to stand as presidential candidates or hold key political offices.

Torture and other ill-treatment

Torture and other ill-treatment remains common, especially during interrogations. Detainees held by the Ministry of Intelligence and the Revolutionary Guards are routinely subjected to prolonged solitary confinement, amounting to torture.

The authorities continue to deprive prisoners detained for religious reasons of adequate medical care. In many cases, this has been done as a deliberate punishment to force them to recant their faith and amounts to torture.

Trials of Christians are systematically unfair. There are no independent mechanisms for ensuring accountability within the judiciary. Serious concerns remain that judges, particularly those presiding over Revolutionary Courts, are appointed on the basis of their political opinions and affiliation with intelligence bodies.

Fair trial provisions of the 2015 Code of Criminal Procedure, including those guaranteeing access to a lawyer from the time of arrest and during investigations, are routinely flouted. The authorities continue to invoke Article 48 of the Code of Criminal Procedure to prevent those detained for political reasons from accessing lawyers of their own choosing. Lawyers have been told they were not on the list approved by the Head of the Judiciary, even though no official list has been made public. 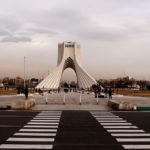 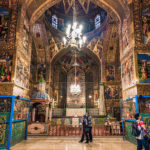 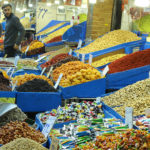 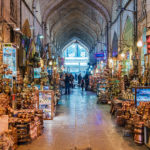 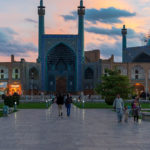 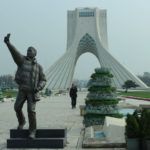 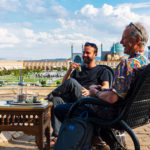 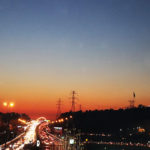 Article18 is your source for news on the persecution of Christians in Iran. We're constantly monitoring the situation on the ground and can offer interviews and provide further details on incidents reported on this website.