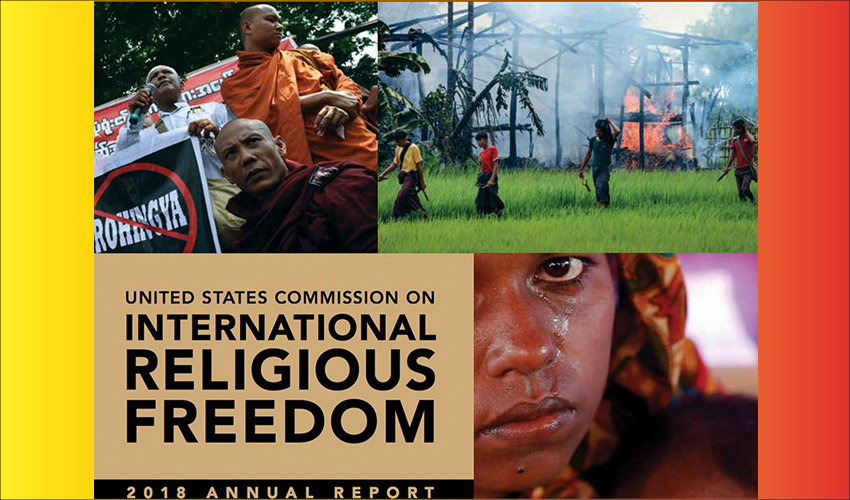 The U.S. Commission on International Religious Freedom has cited Iran among the main contributing countries towards an “ongoing downward trend” in religious liberty worldwide and called on the Trump administration to prioritise the release of religious prisoners and assist in resettling refugees fleeing persecution.

“Sadly, religious-freedom conditions deteriorated in many countries in 2017, often due to increasing authoritarianism or under the guise of countering terrorism,” said USCIRF Chairman Daniel Mark as the independent watchdog issued its 2018 report on Wednesday (25 April).

“Yet there is also reason for optimism 20 years after the passage of the International Religious Freedom Act. The importance of this foundational right is appreciated more now than ever, and egregious violations are less likely to go unnoticed.”

The commission asked the State Department to re-designate 10 nations, including Iran, as “countries of particular concern”, or CPCs, for “egregious” religious-freedom violations. Iran has maintained CPC designation under the International Religious Freedom Act (IRFA) since 1999.

The report noted: “In the past year, religious freedom in Iran continued to deteriorate for both recognised and unrecognised religious groups, with the government targeting Baha’is and Christian converts in particular.”

It also reiterated that “evangelical Christians and Christian converts, however, are particularly targeted for repression because many conduct services in Persian and proselytise to those outside their community. Pastors of ‘house churches’ are commonly charged with unfounded national security-related crimes, as well as apostasy and illegal house-church activities”.

In their report, the commissioners call on the Trump administration to prioritise the release of people “imprisoned for their religious beliefs, activity, identity, or religious-freedom advocacy” and the resettlement of refugees fleeing religious persecution.

According to the report, violations of religious freedom included a range of severe abuses – from surveillance and legal restrictions, to arbitrary arrest, detention of Christians and the proliferation of anti-Christian publications in Iran.

“While Iranian authorities have for decades raided ‘house-church’ services and arrested hundreds of worshippers and church leaders, the severity of sentencing has increased in recent years,” the report noted.