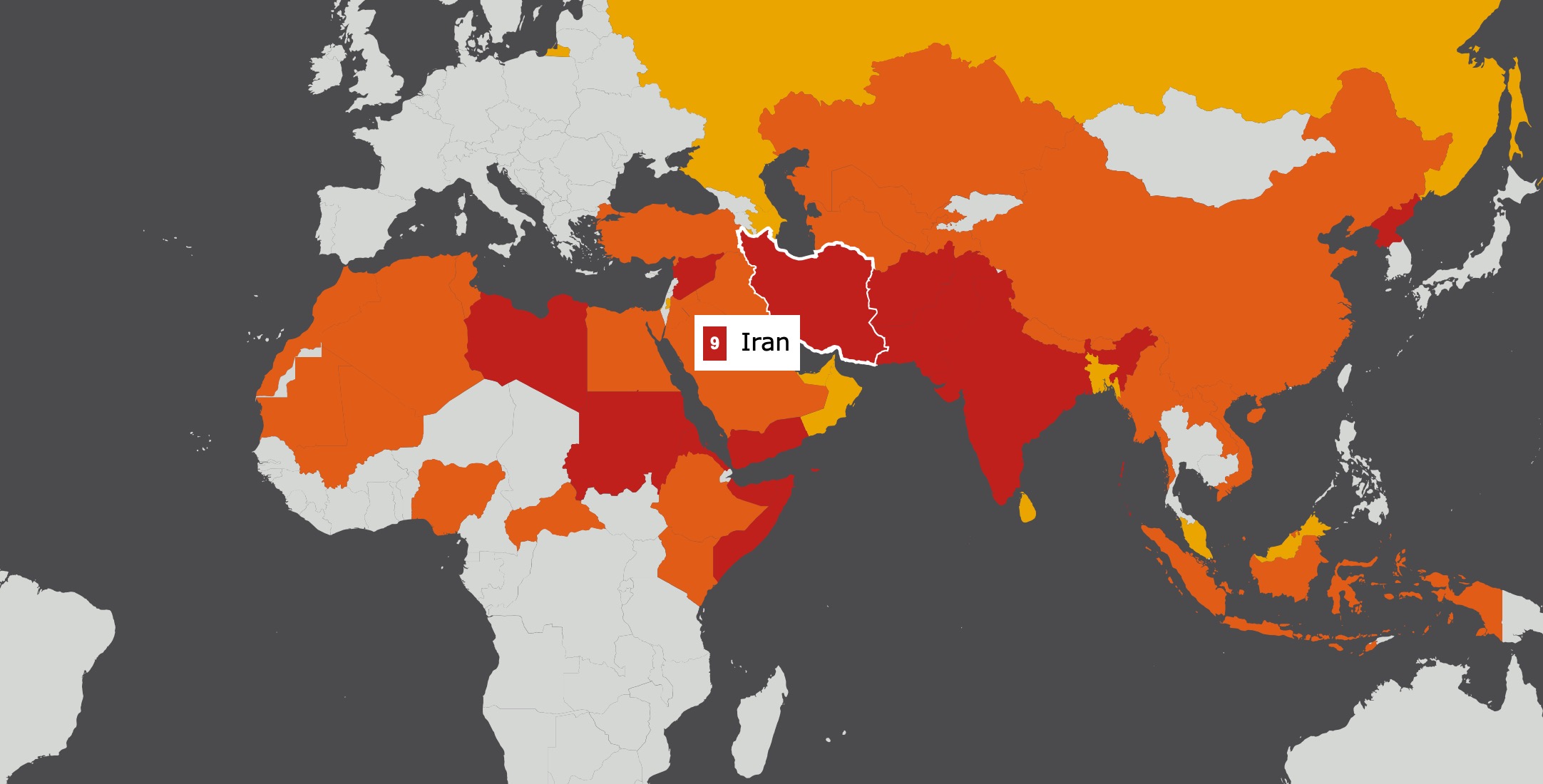 Iran has risen to 9th on Open Doors International’s ranking of the 50 countries where it’s hardest to be a Christian.

Last year, Iran was 10th on the charity’s World Watch List, but this year it has risen above neighbouring Iraq, which has moved down to 13th place, and stayed ahead of countries such as India, which has seen a big rise in the persecution of Christians, as well as China, Algeria, Central African Republic, Mali and Mauritania, which each rose at least 10 places on the list.

Henrietta Blyth, chief executive of Open Doors UK & Ireland, said it was “shocking” to see a country such as India – “the country which taught the world the way of non-violence” – now sitting “alongside the likes of Iran on our World Watch List”.

This is of course hardly a glowing reference of Iran’s treatment of Christians, which continued to worsen in 2018, as Christians – particularly converts – were regularly harassed and arrested for practising their faith.

In the run up to Christmas, 114 Christians were arrested in just one week, following raids on private house gatherings of Christians – known as “house churches” – in 10 different cities across Iran.

Most of those arrested were released after just a few hours, but each of them was forced to sign a statement detailing their history of Christian activities and told not to meet with other Christians again. They were also informed that they would soon hear from the Ministry of Intelligence.

Those suspected of being leaders were detained.

At the turn of the year, at least 14 Christians remained in detention in Iran’s prisons – serving sentences of up to 15 years on spurious charges related to the practice of their Christian faith. Many of them have faced brutal conditions, including torture, solitary confinement and the denial of medical care.

Mansour Borji, Article18’s advocacy director, says Iran’s mistreatment of Christians can be seen in the context of a general crackdown on civil liberties by a regime that feels threatened.

“The Iranian regime feels under siege and, with the rising unrest resultant from economic hardship as a consequence of sanctions and widespread corruption, they are cracking down on civil liberties,” he says.

“They seem to have began this campaign of terror by arresting and detaining groups that they feel most vulnerable against. This includes human rights activists, who expose injustice and corruption, and religious groups like Christians, whose continued growth exposes the weak legitimacy and broken monopoly of the theocratic state.”